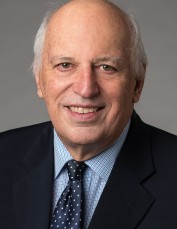 Campbell Bridge SC has been a barrister for 40 years. He was appointed Senior Counsel in 1998. He has an active practice as a trial and appellate advocate throughout Australia in aw ide range of commercial and common law matters, class actions, professional negligence, construction, infrastructure and mining disputes, major coronial inquests and catastrophic injury claims.

Much of his work over the past 15 years has been in mediation. He is recognised in Best Lawyers 2019 in ADR (Alternate Dispute Resolution).

He has acted for parties and as a mediator in many hundreds of disputes in Australia, Indonesia and Singapore in the above practice areas. He has been appointed mediator in international mediations in Singapore and Indonesia in medical negligence, and mining and energy contract disputes.

His appointments as a mediator come from a wide range of parties including the Commonwealth and Australian State governments, public companies, major insurers, and a wide range of smaller corporations, businesses, and individuals.

He has also acted as Counsel Assisting in a Royal Commission.

He acts as a facilitator in expert witness conclaves.

He has spoken at numerous professional, legal and international trade and mining conferences in Singapore, South Africa, Malaysia, Indonesia and Australia with a particular focus on negotiation, culture, avoidance of disputes and methods of dispute resolution. He has conducted numerous seminars and lectures for international and domestic law firms in Australia, Singapore, Indonesia and Malaysia.

He has been a member of the ADR Committee of the New South Wales Bar for many years.

Campbell has a particular interest in Asia. He speaks some Bahasa Indonesian. He has had numerous articles and photographs concerning Asian culture, history and traditions published in cultural magazines such as Asian Geographic (Singapore) and various other publications. He has staged photographic exhibitions in Jakarta and Sydney on a wide range of topics ranging from Indonesian people and culture to Islamic life in Sydney.